The consequences of flawed bankruptcy documents can be severe. For instance, incorrectly applying exemptions on the bankruptcy schedules can lead to misapplied exemptions that leave otherwise exempt property vulnerable to liquidation; omitting creditors or incorrectly listing their addresses can lead to their claims not being discharged; and errors in the means test calculation can lead to failure of the means test and disqualification from chapter 7 bankruptcy. To avoid these consequences, maximize your discharge, and keep as much of your property in chapter 7 bankruptcy as possible, you should hire a bankruptcy lawyer.

Before You File On Your Own

Talk With Our Bankruptcy Lawyer 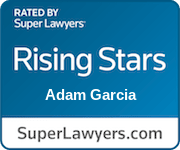